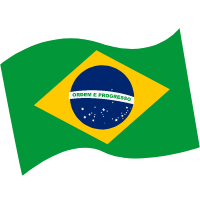 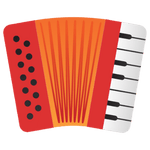 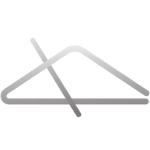 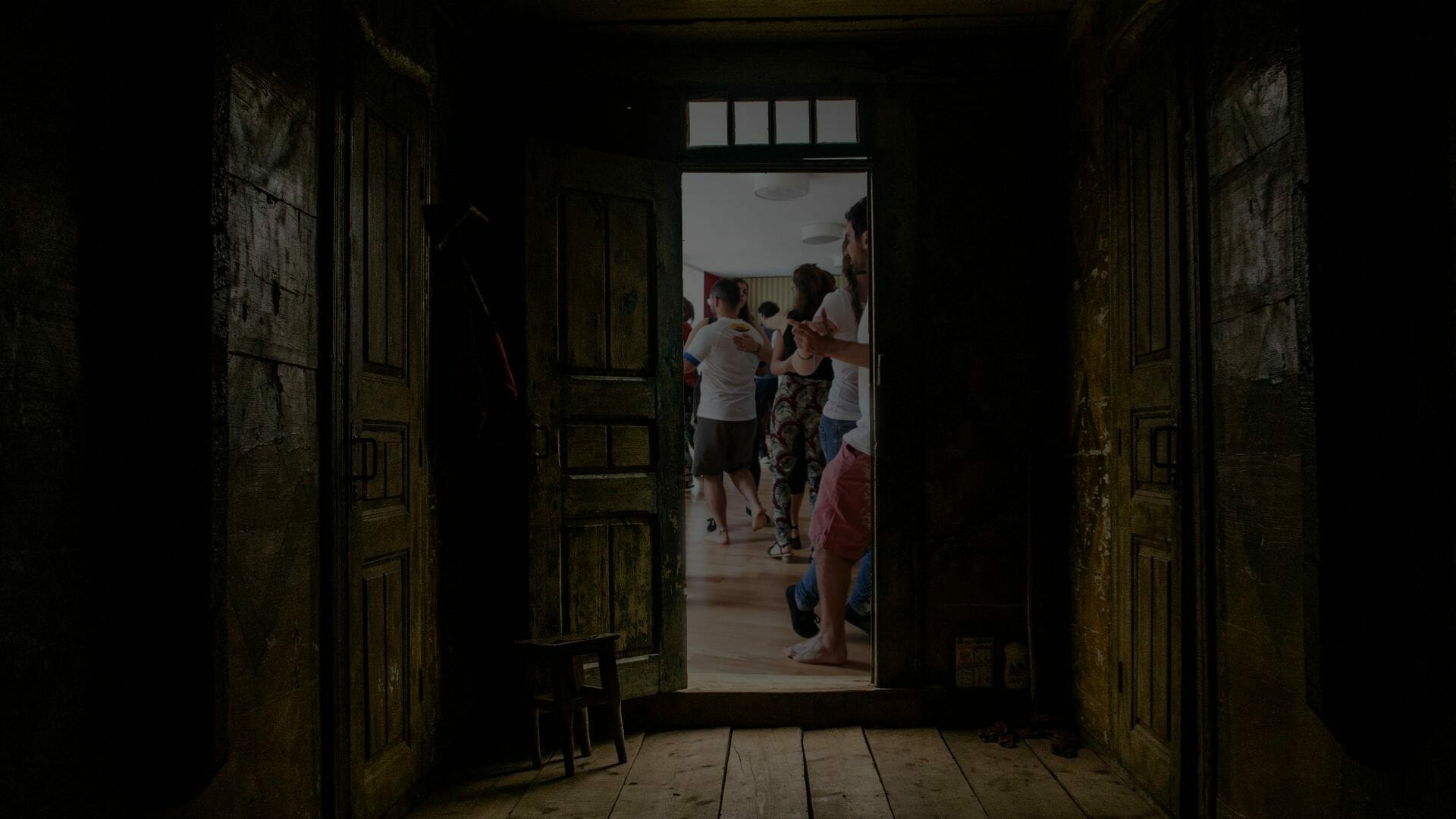 When someone 'goes to the forró' in Brazil, that person has a place in mind: a happy, vibrant place where people from different backgrounds and cultures come together and share joy.

Visiting this place is a bit like an energizing vacation trip that will help you get away from it all (just way cheaper 😁). The only important thing about this place is the moment and the people who make it one.

The musical style Forró (from the northeast of Brazil) doesn't have much in common with it - but one crucial thing often does: the contagious joie de vivre.

However, forró music is more authentic and does not omit longing-melancholic tones. This rousing musical emotional world is usually created by just three instruments: the accordion (sanfona), the bass drum (zabumba) and the triangle. 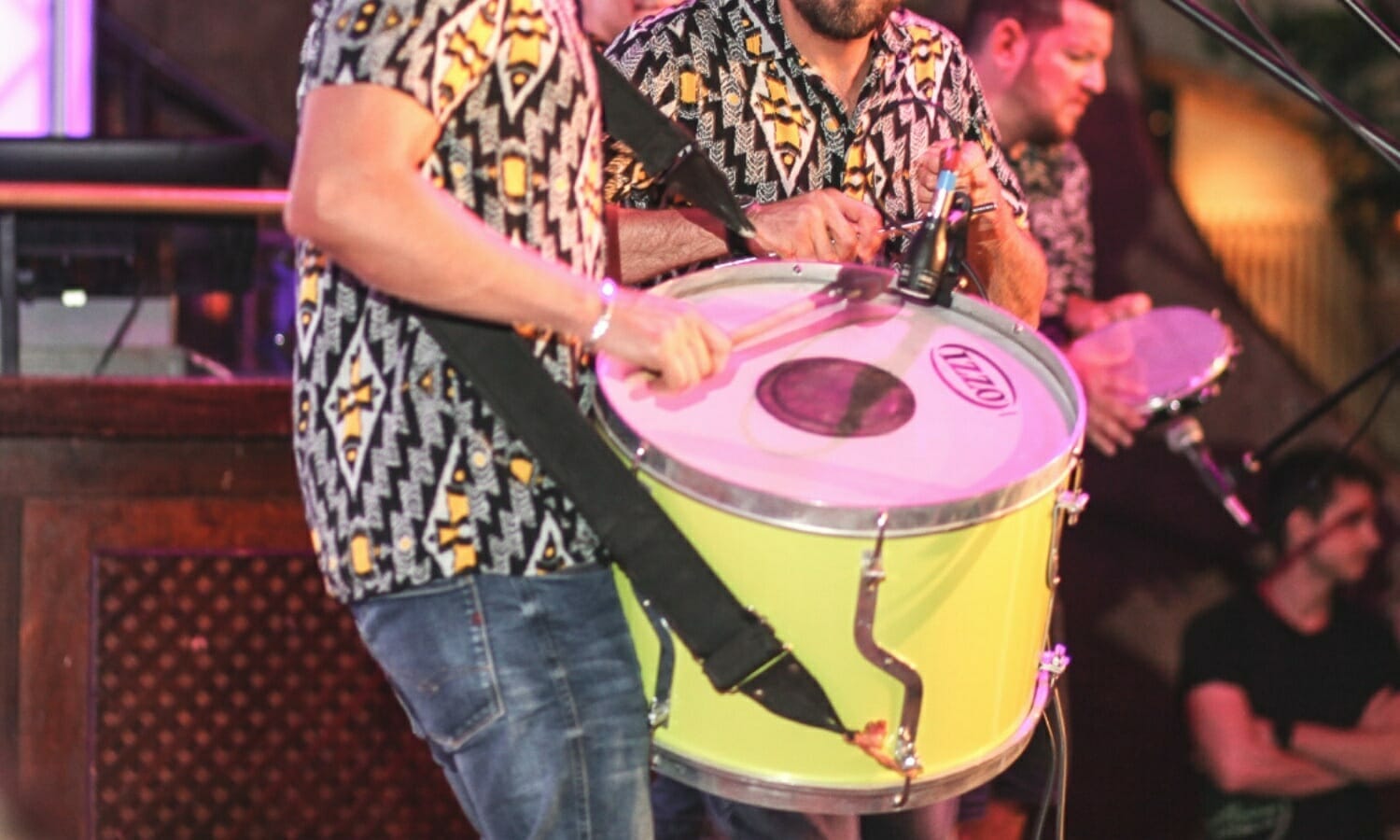 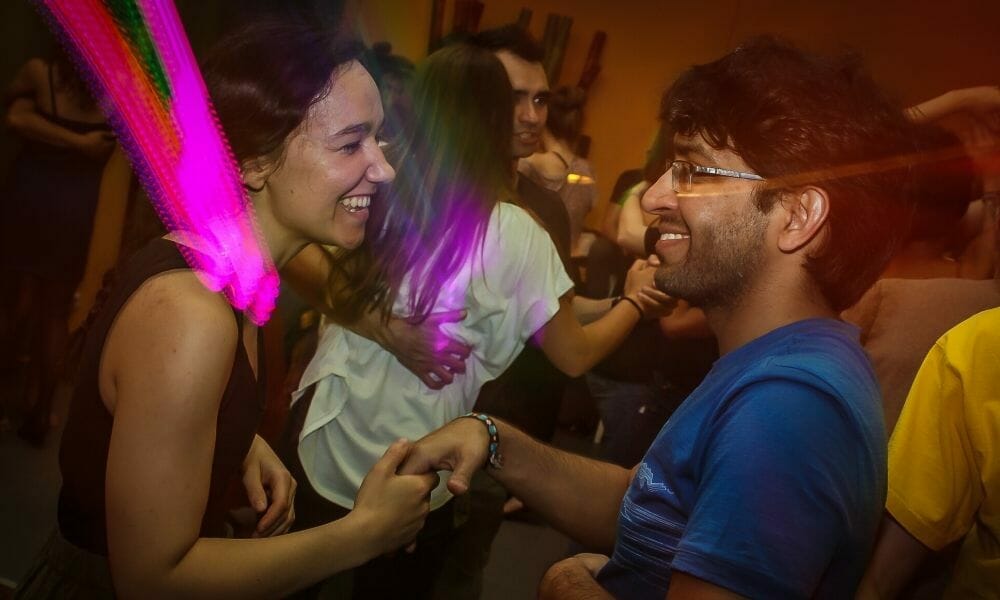 3) The most contagious couple dance in the world 👣

The smile that spreads from Forró dancers on such evenings cannot be overlooked. Where does this feeling of happiness come from?

Do they come from the hugs that are freely exchanged throughout the evening? From the contagious rhythm? From the connection between the dancers, or to the music? Is it because everyone moves as (naturally) as he/she would like? Find out more in this blog article out of here!

What is forró for the forrozeir@s?

We all love the music and dance from Brazil, but everyone experiences the forró a little differently. That's why we asked the forrozeir@s out there about your forró feelings and stories. You can see the submitted videos below!

Would you like to introduce us to your Forró world? What is Forró for you? Scan the QR code on the right with your phone (or click on it on PC) and record a short video sharing what Forró means to you! 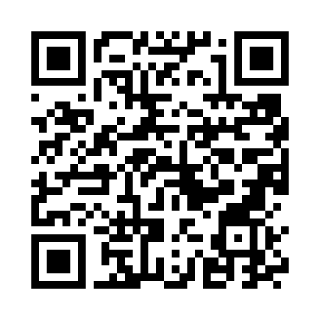 Insights into our Forró world:

Going to the Forró is like stepping into another world. A happy world in which we dance, laugh and learn a lot together. Because we wanted to be a gateway to this world, we »Forróworld" called. 🚪🌏 More about the Forrówelt project and about our plans You can find out in this video and on the other pages of this homepage.

Once in the clutches of forró (-> pronounced 'foho', with stress on the second syllable), it's difficult to escape! The Brazilians first noticed this when the »King of the Baião« (Baião = a Forró rhythm) from the north-east Luiz Gonzaga †, music and dance spread throughout Brazil. After a short dry spell, students in southern Brazil (Rio de Janeiro, São Paulo, ...) rediscovered Forró in the 1990s. In fact, the forró, which is danced in a kind of embrace, is now the most popular couple dance in Brazil. In the 2000s, it was ultimately Brazilians who emigrated who brought dance (and with it music) to Europe as »Forró Universitário«.

Since then, the number of Forrózeir@s and the amount of supply in Europe (and around the world) has been increasing rapidly. The dance school and the blog »Forrówelt« have only been around for a short time: Philip founded the organization in 2018 and since then has been pursuing the mission of spreading the »Forró Pé de Serra« (as the traditional Forró is often called).

connect with forrówelt here too:

This is the way to the Forró world!